Over the last six months the NSR team has travelled up and down the country working on an eclectic series of events ranging from county and international equestrian shows to high-profile sporting events and unusual affairs, such as the Lapada Art and Antiques Fair in the heart of Mayfair in Berkeley Square.

As in previous years, NSR’s 2017 spring/summer events schedule was full on and, on many occasions throughout the year, the team found themselves being split into three or four different crews to cover events in opposite directions from their headquarters in Watford.  This is not an unusual occurrence for the guys at NSR and they take it all in their stride; setting up full PA systems and large screens plus mobile event communications with military precision as well as siting a huge number of commentary boxes over the season for all sorts of applications. 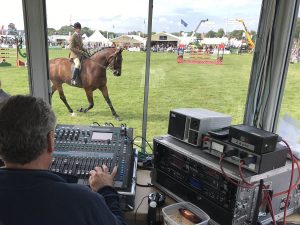 As always, Spring officially sprung with the London Marathon in April, a highlight in NSR’s event calendar.  This mammoth international event, which NSR has proudly worked on every year and watched evolve since its inception in 1981 when just over 6,500 runners crossed the start line, saw over 40,000 competitors this year tackle one of the world’s most prestigious marathons.  A pressurised event for any supplier but the team from NSR provided the organisers with peace of mind, as they did what they always do, setting up everything required calmly and efficiently with no fuss.

The month of May set the scene for the rest of the summer; busy weeks and packed weekends with back to back county shows including Devon County, Heathfield, Surrey County and Herts County plus sporting events including Run Hackney and the Westminster Mile.

There was no let-up in June either as one of the NSR teams travelled all the way to Edinburgh for the Royal Highland Show, with its numerous PA system configurations, whilst teams also covered the Royal Bath and West and the Royal Cornwall in addition to supplying further events such as the Henley Woman’s Regatta, the British Heart Foundation London to Brighton Cycle Ride, the London Youth Games and the Cosford Air Show, and that wasn’t everything in the calendar!

July arrived bringing with it no glorious summer sunshine but, yet another packed schedule setting up multiple PA systems and commentary boxes for Yeovilton Air Day, Driffield Show, The Game Fair and RideLondon.  Other July highlights saw NSR at the Mini Masters at Dukes Meadow in West London and at Cowdray Park for the polo. 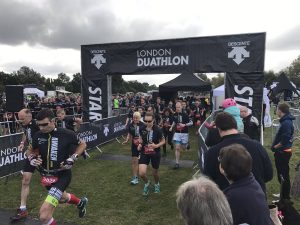 August and September steamed ahead in much the same way as the preceding summer months with event highlights such as Alresford Show, Bucks County Show, the London Duathalon and Horse of the Year Show at the NEC.  Now, as the nights draw in and the NSR team sets up for The Showman’s Show in October they will enjoy one or two days in which to take a breath before they gear up for the autumn/winter season.  Where, in the run up to Christmas, NSR will be providing the PA for the ASAO’s annual autumn conference, which the Driffield Agricultural Society will be hosting this year.  In addition, NSR will be delivery the audio visual in some of the corporate hospitality marquees for the autumn rugby internationals at Twickenham and a number of Remembrance Day services.

Christmas will provide a short respite before the NSR’ event calendar begins again in the New Year on day one when the team will be setting up and running the audio systems for London’s New Year’s Day Parade.

NSR is proud to support all the events in its calendar and looks forward to another busy year in 2018. 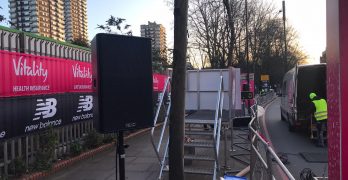 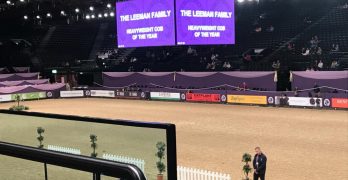